I was twenty.   At Fred Segal, and styling the likes of Michelle Kelly (Pfeifer), Katie Holmes & Penelope Cruz.  My future husband was a recruiter at USC football, his father the head coach.  They were in the midst of recruiting the team that would eventually win a solid handfull of national championships.  There was a player on the team that had phenomenal will. The last time I saw him play he drove in four touchdowns in the fourth quarter with a shattered foot.   He was funny, kinda crazy & would show up on the team plane in a little boyish plaid short-sleeve shirt, a huge Greek afro, red bowling shoes & a red vintage suitcase.
His family owned a magnificent & beloved restaurant that threw a nightly raucous of love + family that’s preserved large in my heart-mind.  There was his charismatic and charming father. the older brother who was once a USC star himself, & now was just dreamily, meltingly, golden-olive gorgeous.  There was his sister, a supreme ballerina with a topknot, exquisite posture & a smile that reached across each generation in their brood as they danced, in a line, wrist-to-shoulder, wrist-to-shoulder.  There was clapping.  There were plates and dishes, flying into the ground, shattering joy and suprise into unseen corners of the room.  And there was, in the middle of what I’m sure was a giant meal, a simple, divine soup of lemony white rice & spare shredded chicken.

Where that once-future husband had the music cranked to eleven, his own meltingly-gorgeous golden-olive skin echoed in a small army of dancing tiny versions of himself.  Where he stood at the counter making pasta to go with the stew while his soulbrotha washed one million dishes while his wife and my mom traded nutrition links and stories about Green Schools, the tropics + plant medicine.  Their children raced up and down the stairs while I lay by the fire, soaking in my favorite kind of chaos, the community meal:  “What is that you are running with? A giant sharp stick?!  You may throw that in the fire.”  He didn’t, he hid it, his dad found it, and then he threw it in the fire…  “Really, you don’t have to wash my dishes, Kev.”  “I love it, bring it!!” “Okay.” Sigh, throw my hands in the air. {awesome}

So.  By now you know I’m not a card-carrying recipe gal.  It’s straight up wooden spoon + cast iron pot action + a good bit of distraction to get the onions browned just so.  Here’s the best I can give you.

A large handful of scallions, the lot of them, in tiny rounds.  Only the wee hairs discarded.

3 dried bay leaves, plenty of sea salt all sauteed in 1/2 stick of butter.

When it’s all near-translucent, add half a roasted heirloom chicken with the saucy gelatinous broth.  Weston-Price-Style, with everything so you get the nutrition in the marrows and stuff. Let it get nice and brown.  Add 1-2 cups of dry risotto or 4 cups of cooked risotto & cover with water.  Bring to a boil, lower to simmer.  Cook until al dente.  Give the kids a wedge of parmessan to shred tiny + 3 lemons to zest and juice.  Beat 2-3 eggs, add the lemon juice.  When the rice is done, add a ladle full of hot broth to the eggs & lemon juice, beating so it doesn’t scramble.  To get it adjusted to the heat.  Do it again.  Drop the whole thing into the stew.  Add some white pepper, adjust the salt & if you’re feeling rock star, a smidge of nutmeg.  Serve with the parmesan.  Sit by the flames.  Talk until all the little people pass out from the contentment of community. 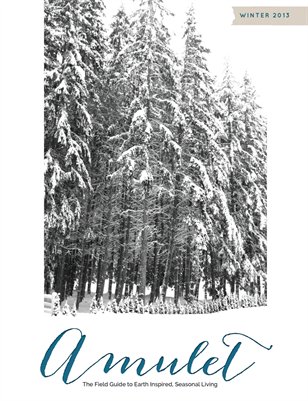